A Vision of Elvis at Norwich Theatre Royal 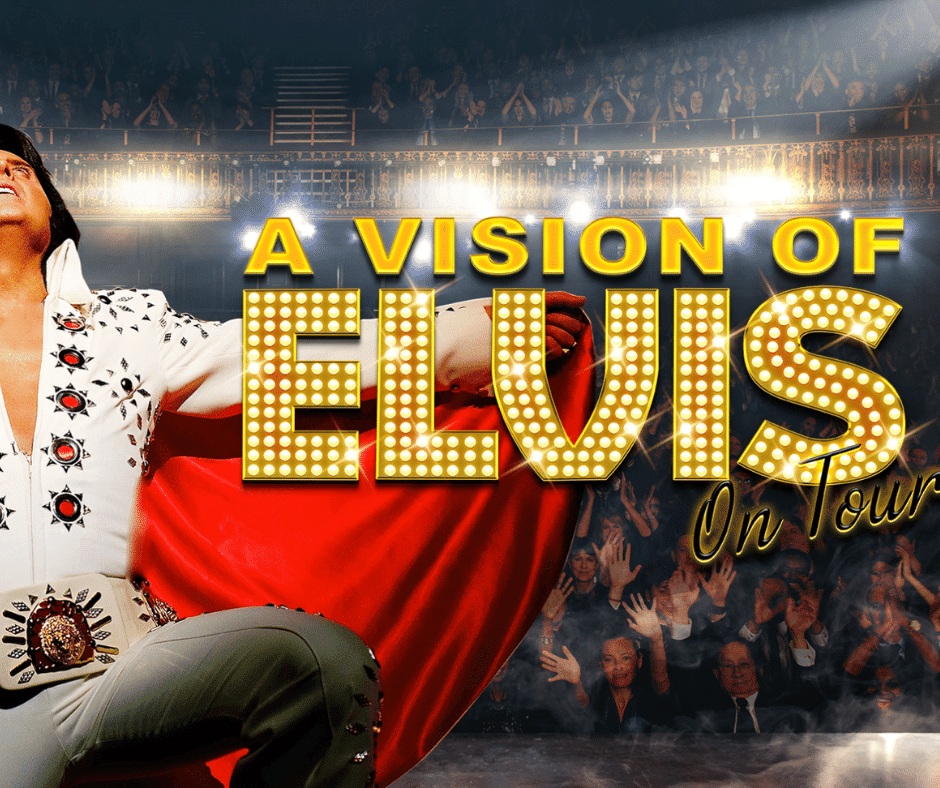 The smash hit show A Vision Of Elvis starring Rob Kingsley winner of The National Tribute Music Awards " Official Elvis Show " and " No.1 Male Tribute Artist " is internationally renowned as the best Elvis Presley tribute concert touring the World today. Long time Elvis friend, photographer and tour manager, Ed Bonja, was profoundly affected by Rob's performance, remarking "He sings like Elvis, but most importantly, he seems to capture the very soul of Elvis – his charisma, his gestures – hell he even walks like Elvis" A Vision of Elvis has performed to thousands of fans in major theatres, festivals and arenas worldwide and made history by being the first Elvis tribute artist to perform at the New Wembley Stadium to over 50,000 people. In this sensational new show you will experience an epic audio-visual journey through time like you've never seen before. Featuring the classic hits Stuck on You from the Timex Show, GI Blues from the Movie Years and Blue Suede Shoes from the '1968 Comeback Special' with the finale being the electrifying Concert Years which includes Suspicious Minds, American Trilogy and many, many more. All costumes, instruments and stage settings are authentically recreated to give the feel and energy of a live Elvis concert, which promises to be the ultimate experience for any Elvis fan. Rob’s connection with the audience is immediate – along with The Cadillac's Band, Sweet Sensations and production team, they take you on an emotional roller coaster for a true Elvis Concert Experience. With a string of SOLD OUT UK Dates A Vision of Elvis – IS the ONLY Elvis show to see. Voted No1 Elvis Presley Tribute Artist & Best Overall Male Artist at the National Music Tribute Awards. Grand European Champion at Europe's Largest Elvis Competition. Voted Best Vegas Elvis at Europe's Largest Competition.